The highest of the Rift Valley lakes, Naivasha’s incredibly blue waters reflect off sun-drenched mountains. A freshwater lake, Naivasha (meaning ‘rough water’) is home to an incredible variety of bird species and there is a full effort to protect the wildlife although the lake suffered a lot in the past by tourism activities. An unusual lake in that it has no known outlet (normally a prerequisite for a freshwater lake), it is the second largest freshwater lake in Kenya.

The Lake has become a recreational centre for Kenyans. The swirling inland winds which send ‘dust devils’ cavorting wildly across the plains make for ideal sailing on the lake which is set at the foot of Mount Longonot (2 776m), on the north side. In addition, the lake has become a vital source of water and a driving force for many of the regions economic activities that include farming, horticulture, geothermal power generation, fishing and tourism. The fishing is good for black bass and tilapia. It was on Lake Naivasha that East Africa’s first air-passengers used to land in the flying boats of Imperial Airways.

Hell’s Gate National Park lies beside the lake. Named for its pair of massive red tinged cliffs the park frames a geothermically active interior of steam vents and bubbling springs and is home to a profusion of plains game and birdlife. Famous for its natural hot geysers, eagle, buzzard and vulture breeding grounds, visitors have a choice of driving or walking within the park. Rock climbing and horseback safaris can also be arranged. Over 100 species of birds have been recorded in the park and thousands of Swifts are seen daily in large flocks. 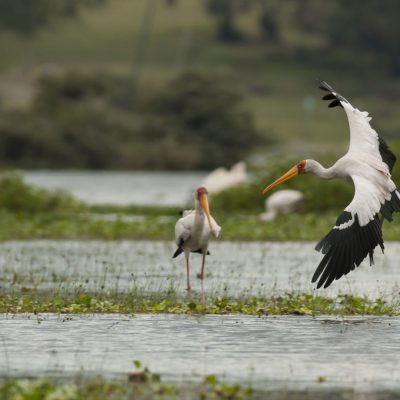 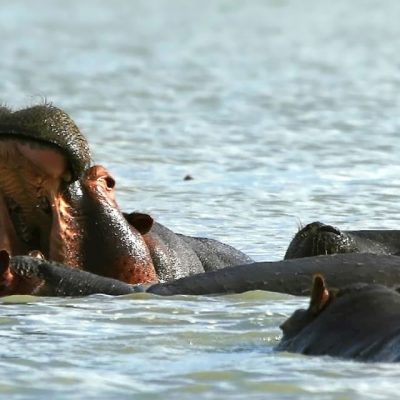 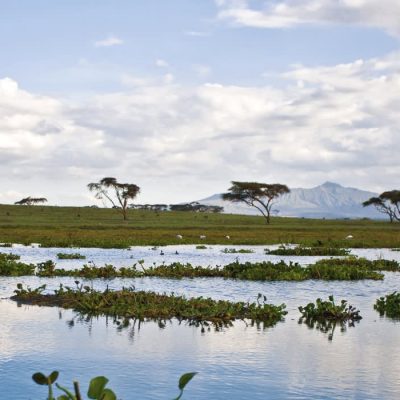 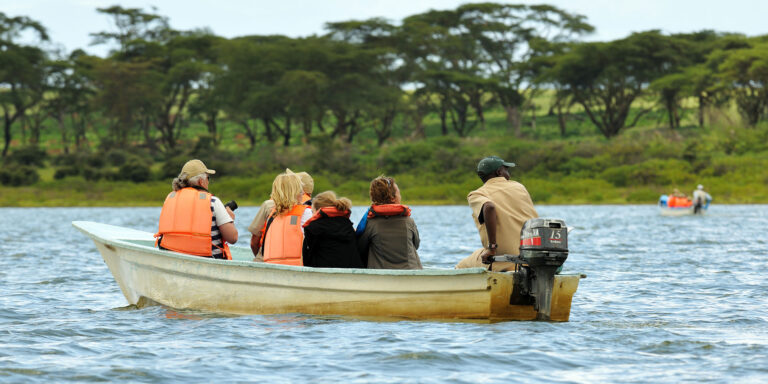 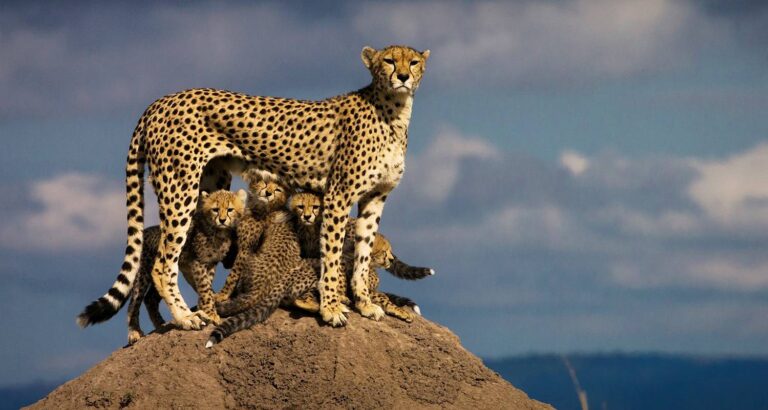